hirley Hughes, owner of Quilpie Opals Perth, has 55 years of experience and knowledge in the opal industry.

Shirley was first employed by Mr. Desmond Burton to work in his soon to open pharmacy in small, end of the line town of Quilpie in South Western Queensland. The main reason Des Burton was opening in Quilpie was because he had a firm belief that there was opal in the area. After research, he filed several claims, purchased appropriate machinery and employed half a dozen locals who had time on their hands and began mining. Soon after many boulders filled with beautiful Opal seams were found on two of the mine sites. 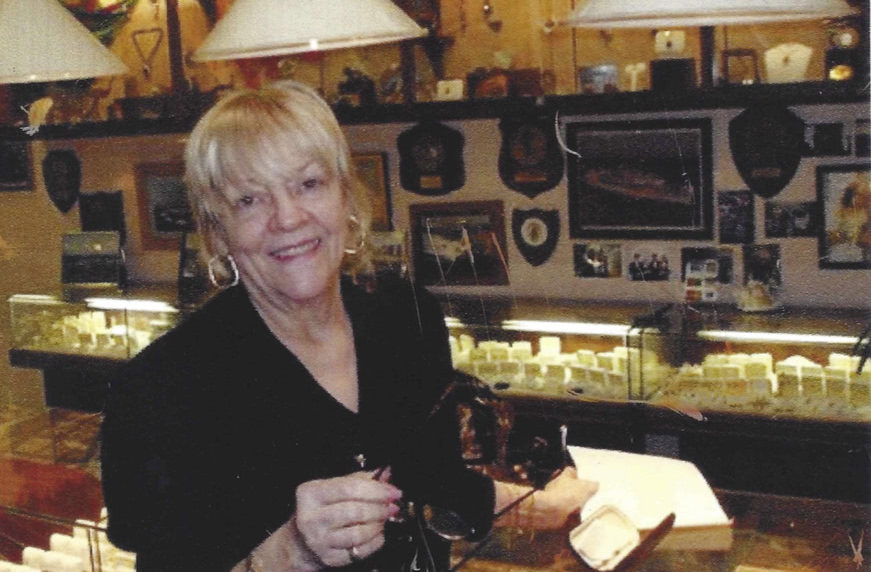 After much trial and error, the routine became Des sawing the boulders and Shirley grinding, sanding, shaping and polishing from midnight until 6pm seven days a week.

On the suggestion of an American gentleman passing through Quilpie, Des decided to explore the U.S Market. Shirley, two flight bags filled to the brim with opal, boarded a plane to the U.S.A where during the next couple of years she visited jewellers in every capital city in every state. All were extremely impressed with the opals presented.

Along the way it was suggested that Shirley show the boulder opals at the Annual Jewellery Manufacturers Show in the New York Coloseum. Boulder opal stopped the show and was pictured in the New York Times. Shirley was relieved and happy that after 3 years 3 months and three days she could now go home.

In 1979 Shirley moved to Western Australia to establish Quilpie Opals Perth which over the years has become renowned for quality value and service provided to customers including corporate clients, visiting U.S. Military personnel and international clients.